With the purposes of improving forest conservation as well as rural peoples’ livelihoods in less developed countries, local communities are increasingly becoming involved in managing forests. Yet, evidence that these purposes are met is scarce, and the reason seems to be associated with the conditions under which rural people are, in practice, allowed to participate. Justified by concerns over (lacking) forest management skills among local communities, forest bureaucracies are reluctant to transfer forest management rights to rural people. Scientific forest management plans (SFMPs) that are prepared by professional foresters and endorsed by forest authorities are, thus, often a precondition for participation. Unfortunately, the elaboration of such SFMPs is costly and time consuming and tends to over-burden cash and resource strained forest bureaucracies as well as local communities, thus hampering the spread of participatory forestry. Further, in some cases, it seems that forest bureaucracies justify delays in handing over of rights to valuable forest resources to communities with lacking SFMPs only to remain in control over lucrative resources. At community level, SFMPs may promote elite capture while serving little purpose in actual forest management. Paradoxically, the requirement of costly SFMPs, thus, appears an obstacle to implement and fulfill the purposes of people’s participation. Accordingly, SCIFOR aims to investigate the justifications, functions and values of SFMPs from the perspectives of forest bureaucracies and local communities. The project will do this in Tanzania and Nepal where participatory forestry arrangements form corner stones of national forest policies. The aim is to develop and promote participatory forestry approaches that, in practice, support equitable, environmentally sound, and economically rational forest management. 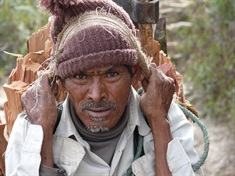