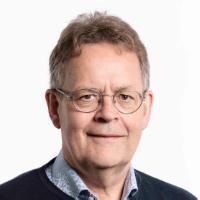 From 1994 to 1997 he was Associate Professor of philosophy at the University of Copenhagen.

From 1997 to 2002 he was Research Professor in Bioethics and from 2002 he has been Professor in Bioethics at the Royal Veterinary and Agricultural University - since 2007 University of Copenhagen. At present he is employed 50% at the Department of Food and Resource Economics and 50% at the Department of Veterinary and Animal Sciences.

Since 2005 is head of the Section of Consumption, Health and Ethics, the Department of Food and Resource Economics.

From 2020 he is director of the Danish Centre for the Study of Companion Animal Welfare.

He has been the main coordinator of 15 externally funded research projects. In 25 additional projects coordinated elsewhere, he has served as a PI.

Since 2007 he has been member and since 2011 vice-chair of the Committee for Good Scientific Practice at the University of Copenhagen.

From 1992 to 2012 he served as Chairman of the Danish Ethical Council for Animals, an advisory board set up by the Danish Minister of Justice

From 2009 to 2015 he was Honorary Professor of Animal Ethics at the University of Nottingham.

Since 1990 the major part of his research has been within bioethics with particular emphasis on ethical issues related to animals, biotechnology and food production. He is committed to interdisciplinary work combining perspectives from natural science, social sciences and philosophy.

In 2013 he was awarded the UFAW Medal for Outstanding Contributions to Animal Welfare Science.

He the co-author of a number of tools for e-learning, including Animal Ethics Dilemma (www.aedilemma.net).

Since 2000 he has given more than 100 keynote lectures and invited presentations at international conferences and workshops.

For more on his research relating to animal ethics and welfare see: www.animalethics.net

Collaborates with employees from different branches of Danish animal production, pharmaceutical industry and with various animal welfare NGOs, typically via externally funded projects. Either the representatives from these companies or organisations are partners in the projects or serve in advisory committees to the projects. He is also chairman of the advisory board to Danæg, one of two major Danish egg companies. In all these relations he acts in his function as employee of the University of Copenhagen and does not receive any remuneration from the external partners.